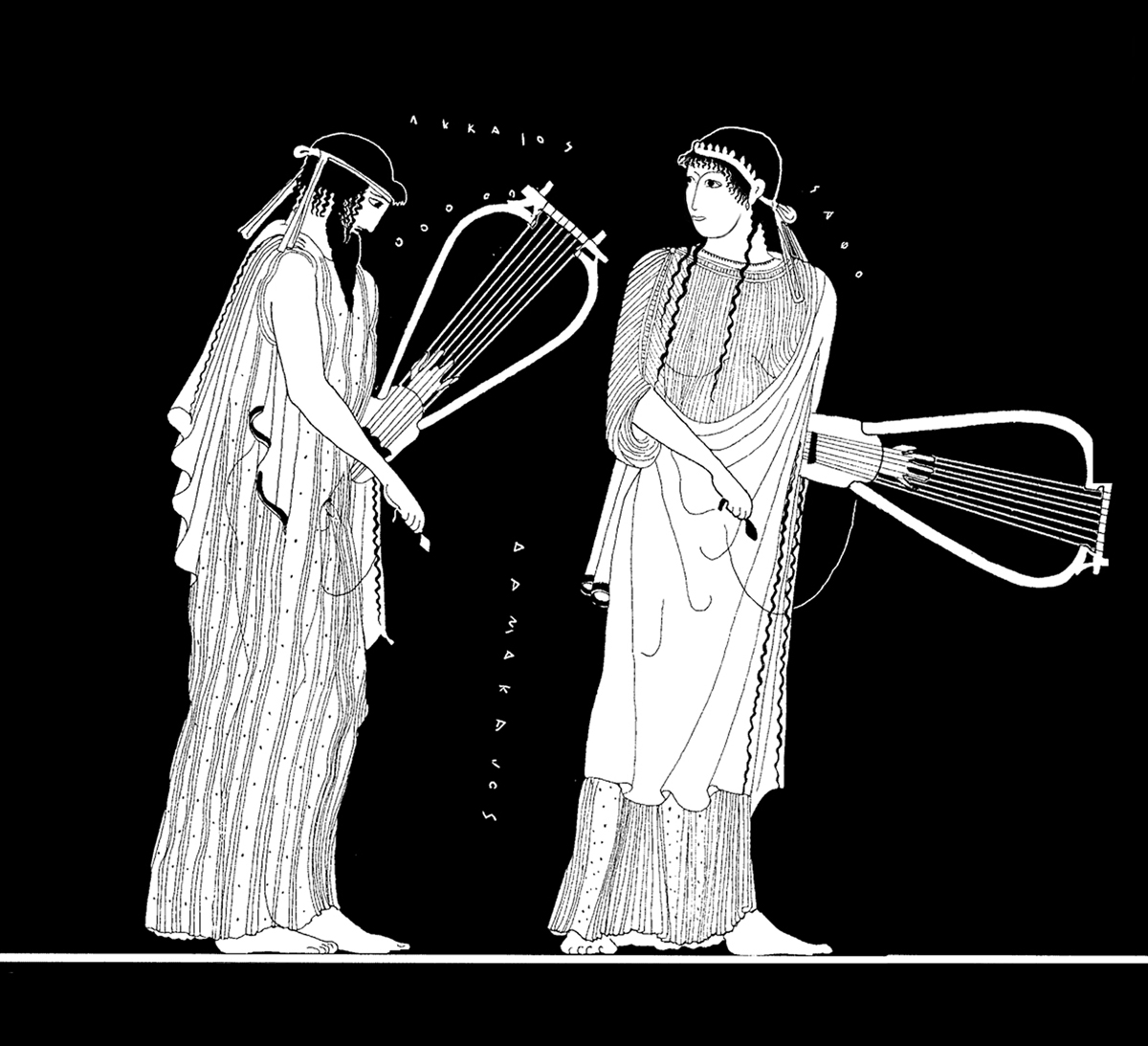 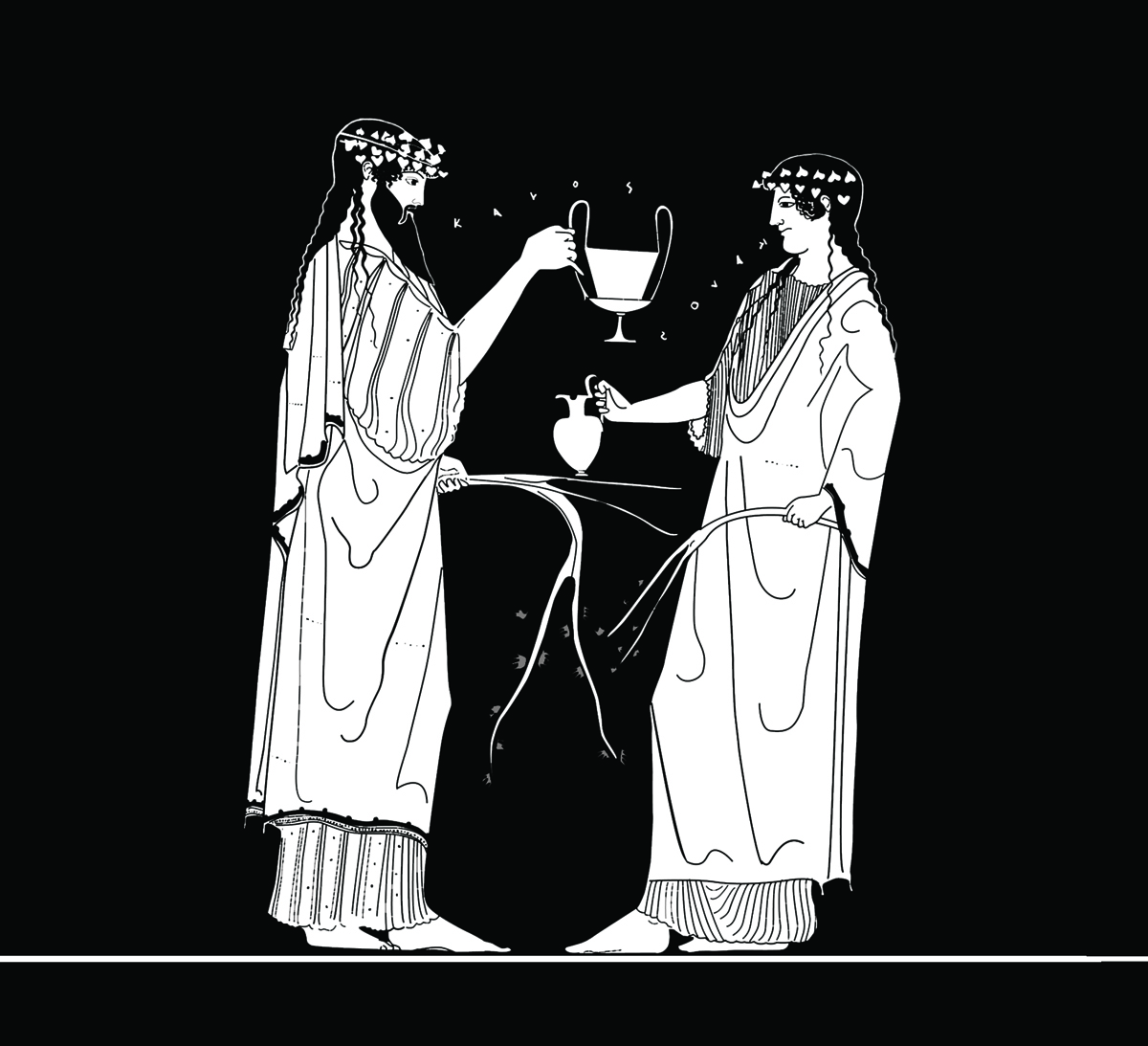 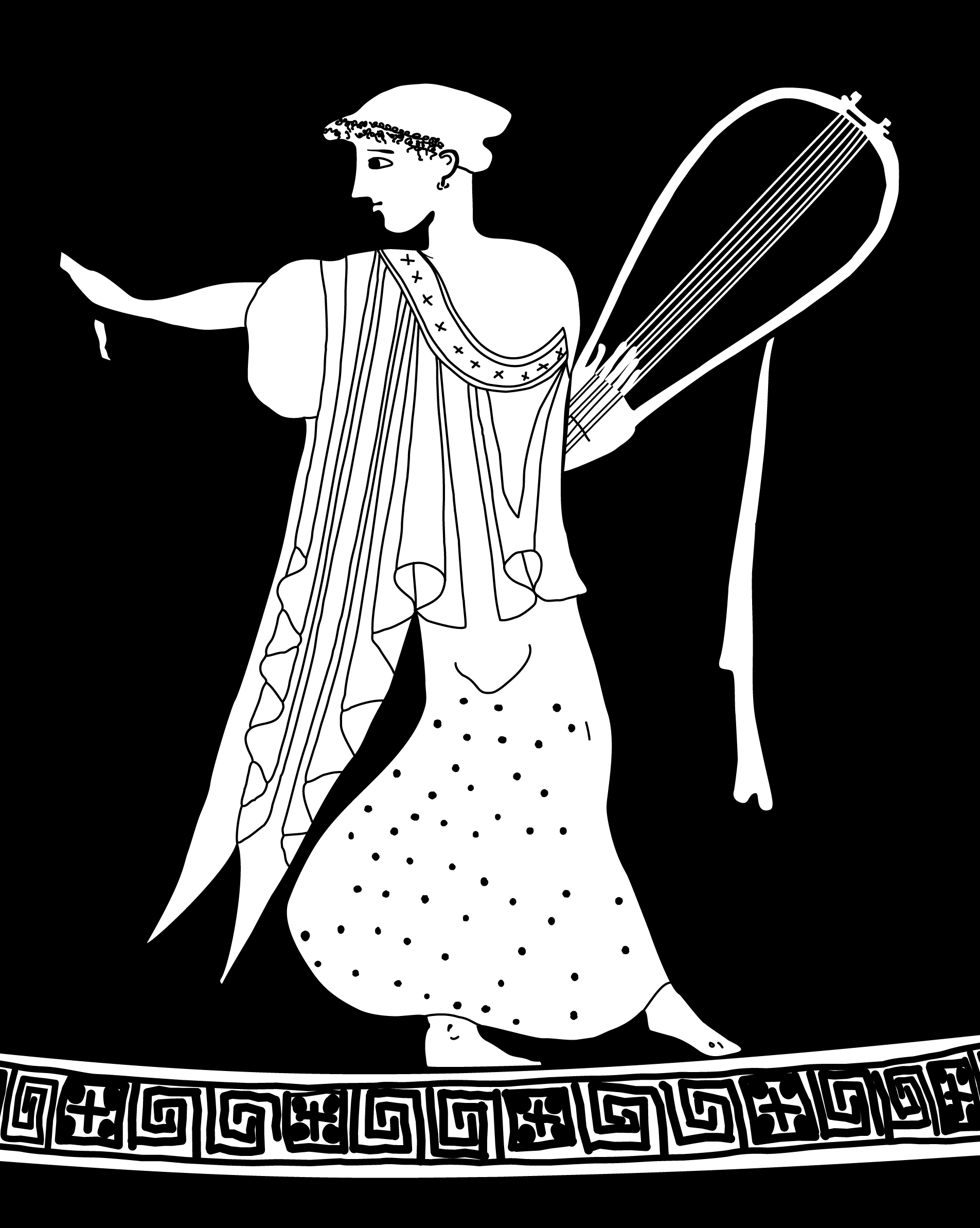 Image 3
This picture of Sappho on the obverse side of this vase painted by the Tithonos painter must be contrasted with the picture on the reverse side (Image 4), as Dimitrios Yatromanolakis has shown. [42] 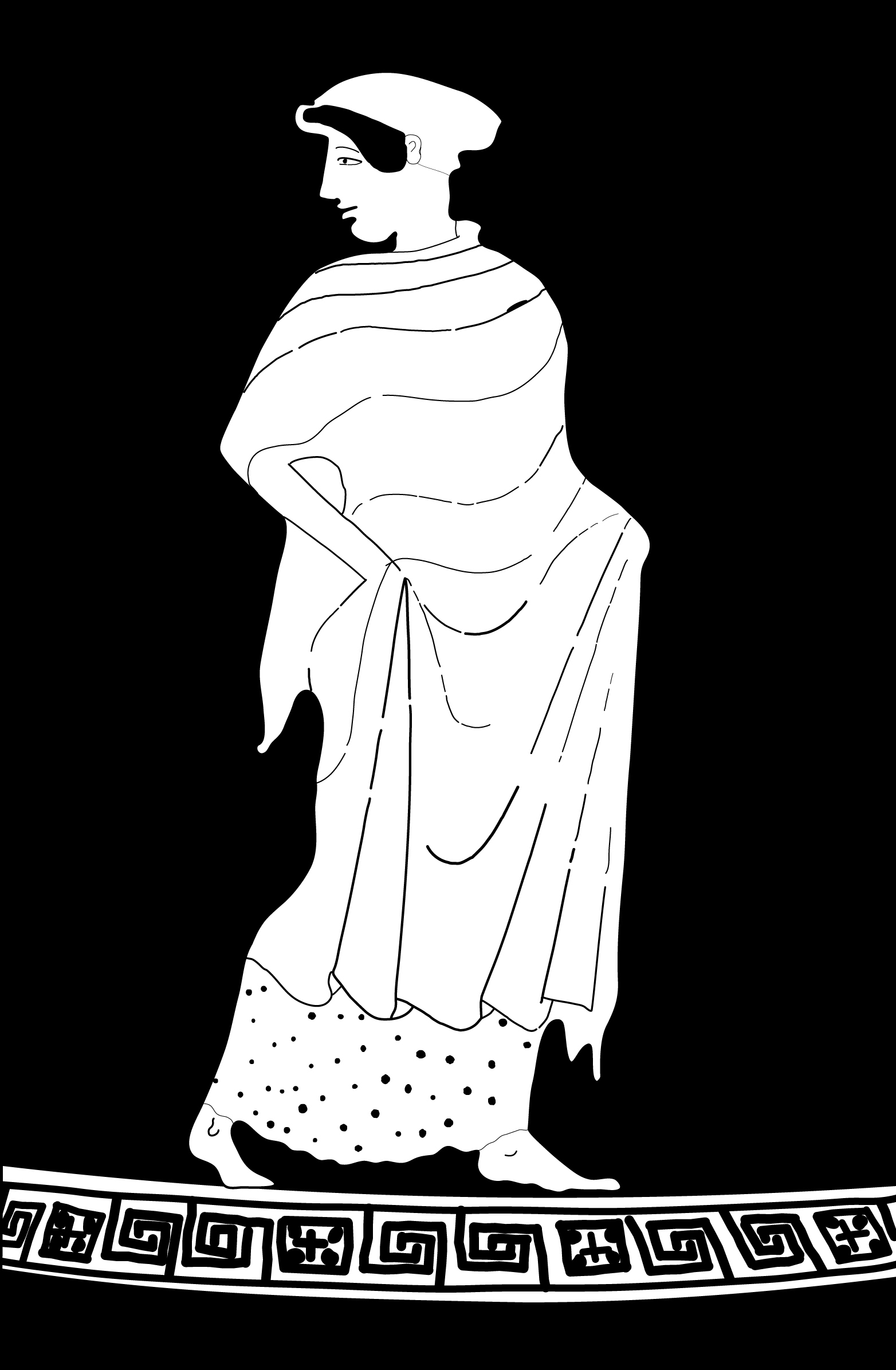 Image 4
Applying an anthropological approach to the images painted on both sides of this vase, he argues that the obverse and the reverse must be viewed together. He sees a symmetry in the depiction of Sappho on the obverse and the depiction of another female figure dressed similarly on the reverse: she too, like Sappho, is wearing a cloak or himation over her khitōn, and a snood or sakkos is holding up her hair. This symmetry as analyzed further by Yatromanolakis:
The symmetry is clarified as soon as we realize that there is a second, hitherto unknown, inscription on the reverse of this vase. Near the sakkos holding up the hair of this female figure paired with Sappho is lettering that reads ΗΕ ΠΑΙΣ (= hē pais), meaning ‘the girl’. If the viewer’s eye keeps rotating the vase, the two female figures eternally follow each other, but because their position is symmetrically pictured, they can never gaze at each other. Nor can a viewer ever gaze at both figures at the same time – at least, without a mirror. [43]
So the pais ‘girl’ is eternally pursued by the singing and dancing Sappho as painted by the Tithonos painter. But Sappho is in turn eternally pursued by the girl. The girl of the present time will become the woman of a future time who will pursue a girl of that future time just as she herself had once been pursued in time past. As we hear from Sappho’s own wording in another song, καὶ γὰρ αἰ φεύγει, ταχέως διώξει ‘ for if she fleeing now, soon she will be pursuing’ (Song 1 line 21). {194|195}
So the moment of catching up is eternally deferred. The woman cannot catch up with the girl she once had been, and the girl cannot catch up with the woman she will become. This is not just amor versus, it is amor conversus. It is a yearning for a merger of identities as woman pursues girl pursues woman. Such a merger could conceivably happen, but only in the mentality of myth fused with ritual. I have studied this mentality elsewhere, comparing it to the concept of the “Changing Woman” in the female initiation rituals and songs of the Navajo and Apache peoples: [44] as we learn from interviews with women who experience such rituals, Changing Woman defies old age even as she grows old, since “she is always able to recapture her youth.” [45]
I come to the end of this essay without being able to come to the full stop. I end with a glimpse of Sappho as she heads off to Hades, holding in her hand a lyre of one kind or another. All three of the songs contained in the new Cologne papyrus offer variations on the theme of Sappho the citharode holding on to her exotic lyre, holding on to her exotic life for just an hour longer.
But Sappho is not a woman whose life is about to be terminated. She is a woman to be continued. More than that, she is the girl who comes back full circle. This girl will not be interrupted.

The CHS, in partnership with the Minda de Gunzburg Center for European Studies (CES), is accepting applications for its joint…