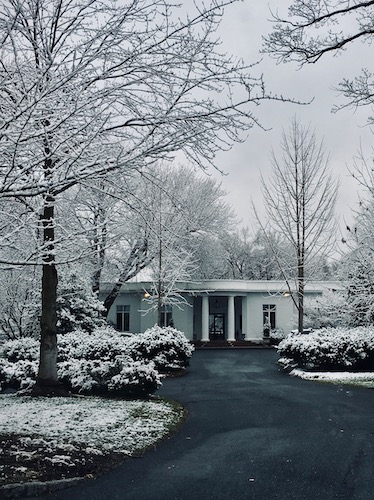 This dialogue is part of the Black Classicists Exhibition Event Series.

Carolivia Herron is an African American Jew and a Senior Faculty Scholar Coach and Adjunct Lecturer in the Classics Department of Howard University. She primarily teaches literature courses that connect ancient epics of Europe, Africa and Asia with stories, novels, and poetry written today. She is also the author of several books including including, Thereafter Johnnie, Always An Olivia, Peacesong DC, Asenath, and Nappy Hair. As an undergraduate Carolivia was a student of Dr. Frank M. Snowden, Jr. at Howard University

Mayor Muriel Bowser presented Dr. Herron the “Exceptional Woman in the Arts Award” for writing the libretto for the opera, Let Freedom Sing: The Story of Marian Anderson. The music was composed by Bruce Adolphe.

In addition to Howard University Dr. Herron has been a professor at Harvard University, Mount Holyoke College, Chico State University, the College of William and Mary, and Arizona State University. As Senior Faculty Scholar Coach at Howard University Carolivia is creating a multimedia interactive version of her novel, Asenath and Our Song of Songs. This work will be an educational and storytelling gateway for interconnecting the creative works of artists and scholars. Carolivia is also a member of Tifereth Israel Congregation of Washington, DC.

Among her major publications are  Ovid’s Games of Love (Wayne State University Press, l985); The Challenge of Black Athena, Special Volume of Arethusa (Guest editor) (1989); and “Ovid’s Evolution,” in The Art of Love: Bimillennial Essays on Ovid’s Ars Amatoria and Remedia Amoris (Oxford 2006). She has written, taught, and lectured widely on topics including the Black Athena controversy, Latin poetry, and early Christianity and Rabbinic Judaism.

His research focuses on Reception Studies, especially classical receptions in the Black Atlantic; Greek and Roman Religion; and Roman History, specifically the Roman Republic and Empire. He is author of the memoir, Undocumented: A Dominican Boy’s Odyssey from a Homeless Shelter to the Ivy League (Penguin Press, 2015) and co-editor of Rome, Empire of Plunder: The Dynamics of Cultural Appropriation (Cambridge University Press, 2017), a collection of essays from philologists, historians, and archaeologists that examines Roman cultural appropriation as a hydra-headed phenomenon through which Rome made and remade itself, as a Republic and as an Empire, on Italian soil and abroad.

Caroline Stark received a PhD in Classics and Renaissance Studies from Yale University and is Assistant Professor of Classics at Howard University. Her research interests include ancient cosmology, anthropology, ethnography, and the reception of classical antiquity in Medieval and Renaissance Europe and in Africa and the African Diaspora. She is co-editing A Companion to Latin Epic 14-96 CE for Wiley-Blackwell and has published numerous articles on the reception of classical antiquity in the literature and art of Medieval and Renaissance Europe and in African American literature and film.

The Black Classicists exhibition celebrates the important role of African Americans in the field of Classics and provides a unique opportunity to reflect upon the purpose of higher education and its place in the struggle for equality and human enrichment.

The African American men and women featured in this exhibition taught Greek and Latin at the college or university level and made groundbreaking achievements in education. Their academic accomplishments bolstered a new tradition of black intellectualism and resulted in greater opportunities for future generations of African Americans.