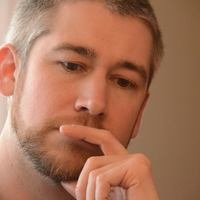 Brian Sowers received his MA (2006) and PhD (2008) in Classics at the University of Cincinnati. Before joining the Classics Department at Brooklyn College in 2010, Brian taught ancient and European history at Northern Kentucky University and ancient religions at Washington and Lee University. Here at Brooklyn College, Brian teaches Greek and Latin at all undergraduate levels and on various topics, including Magic in the Ancient World; Gender and the Body in Ancient Religions; and Ancient Mediterranean Religions. Among his many recognitions as a teacher-scholar, he received Brooklyn College’s Excellence in Teaching Award in 2012 and the Feliks Gross Award from the CUNY Academy for the Humanities and Sciences in 2017.

Books by this author

In Her Own Words: The Life and Poetry of Aelia Eudocia