Space in Xenophon of Ephesus: Love, Dreams, and Dissemination

3§1. The relief-like representation copies the traumatic effect of a tableau, of a picture series of countless horrible snapshots. As is well known, the Greek novel converts other levels of artistic expression into its so-called Schriftkunst. The structure of Xenophon is overall due to a mimesis of an ‘autobiographical’ inscription. [37] At the very end the two heroes consecrate their tale of woe as a votive autobiography to the goddess Artemis in the temple at Ephesos (θύσαντες ἄλλα ἀνέθεσαν ἀναθήματα καὶ δὴ καὶ τὴν γραφὴν τῇ θεῷ ἀνέθεσαν πάντων ὅσα τε ἔπαθον καὶ ὅσα ἔδρασαν, 5.15.2). [38] There are quite a few hints that the story presents a long oversized epigram for the gods’ veneration. γραφή can, of course, also mean a book that is left in the sanctuary. [39] Then it would be identical with the existing script. Framing the story in such an attesting device is, as is well known, a feature of the novel. [40] The sequential style of Xenophon, thus, corresponds here to summary monumentalisation of the couple on a stone or in a sacred book.
3§2. The motive of the votive inscription is, to a certain degree, the late pragmatic and historical anchoring. The fiction gravitates to the form of an autobiography, at least of a certain phase in the life of two lovers. Xenophon copies this form of γραφή when possible and composes his story by imitating another genre which is based on the aretalogical list of facts and wonders. [41]
3§3. The gap, the yearning for the absent person, is thus externalized and unfolds in space. [42] At the same time, Xenophon points towards a religious dimension with Helios and Isis. Isis as the savior (σώτειρα) from emergencies becomes the deity who protects the lovers. The death experiences of the hero on the bank of the Nile are associated with the mystery experience of death and rebirth. Before all else, the trip through Egypt becomes closely linked with Isis. The fictive consecration as an excuse before Psammis (3.11.4–5), the identification as Memphitis before Hippothoos (4.3.6), the fatal confrontation with the Egyptian dogs in the pit (4.6.3–7), the flight into the sanctuary of Isis in Memphis (5.4.6–7) and the oracle at the shrine of Apis (5.4.8–11) endow the story with a religious sense, which Egypt as a holy landscape is able to transmit. [43] Further, Magna Graecia is also a place of mysterious experiences, even if the choice of scene here is in part due to the associations with wealth and erotic purchases. [44] Moreover, the story is connected with Helios, the Sun god, as, for example, in the framing in Rhodes, Egypt, and Ethiopia, whose inhabitants “are divided in two, the remotest of men, at the setting and the rising of the sun” (Odyssey 1.23–24). [45] In this borderland, where the sun both sets and rises again, begins the peripeteia that leads to salvation. Here, too, the heroine almost perishes and is revived (4.6.4–7). All in all, the plot can be combined with the cosmic journey of the sun from east to west, from Phoenicia via the axis of Egypt and Ethiopia to Southern Italy. Here the fast sea journey from there to the central island of Helios, Rhodes, eventually hints at the subterranean journey of the sun in the bark from Occident to Orient. [46]
3§4. On the other hand, it is very questionable whether we really should read the novel with Reinhold Merkelbach as a mystery novel. Under Karl Kerényi’s influence he sees the plot in every detail as a novel-like aretalogy for Isis. [47] Merkelbach attempts to find many ritual relationships with astonishing acumen. Instead, I maintain that the author used religion, myth, and ritual like other reference texts of the contemporary world as intertextual discourses, upon which he constructs his plot sequences. Mystery cults are present everywhere and reflect the identity crisis of the individual as well as the hope of salvation. Xenophon apparently attempts to enrich his elaborate story with religious meaning that cannot actually be found. [48]

V. Decentration of the Self, Dissemination, and the Chain of Signifiers

6§1. The detailed analysis of the spatio-temporal relationship in the novel of Xenophon of Ephesos has shown that space is necessary as a projection area for longing. Love as the discourse of absence is externalized in its constitutive lack and unfolds as space, which in turn releases more space for fiction. The associative floating between language and space makes the novel a journey. However, this is no trip to learn about oneself in encounters with the foreign, but rather an inner metaphorical wandering that thematizes the liminal crisis of marriage as a rite of passage for young men on the threshold of adulthood. [81] The spatial and temporal dimension is no longer, as with Bakhtin, disparaged in a negative sense, but rather we have determined the chronotope and the adventure in relation to love which is constitutive for the genre. Space is not only abstract, but also specific places enrich the story with meaning. Xenophon’s alleged shortcomings of composition and style have proved to be a conscious form of the adequate transposition of erotic discourse. The search for signs and the signified hidden behind them is less an expression of a meaningless world than the expression of Eros as a disease that decentralizes the self. Space proves to be dream, and both determine the extension and the form of (auto)fiction in their interdependence with time. 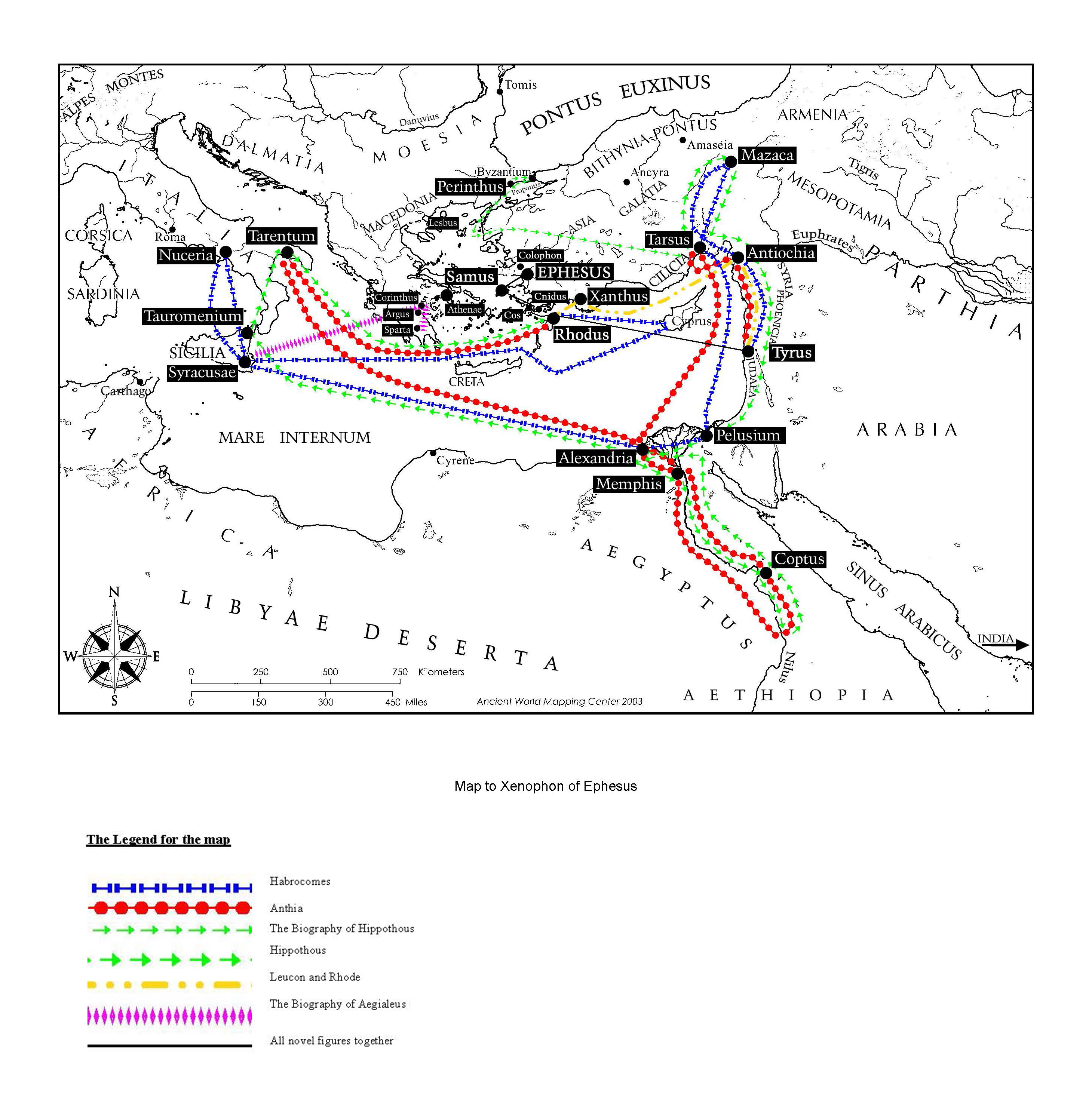 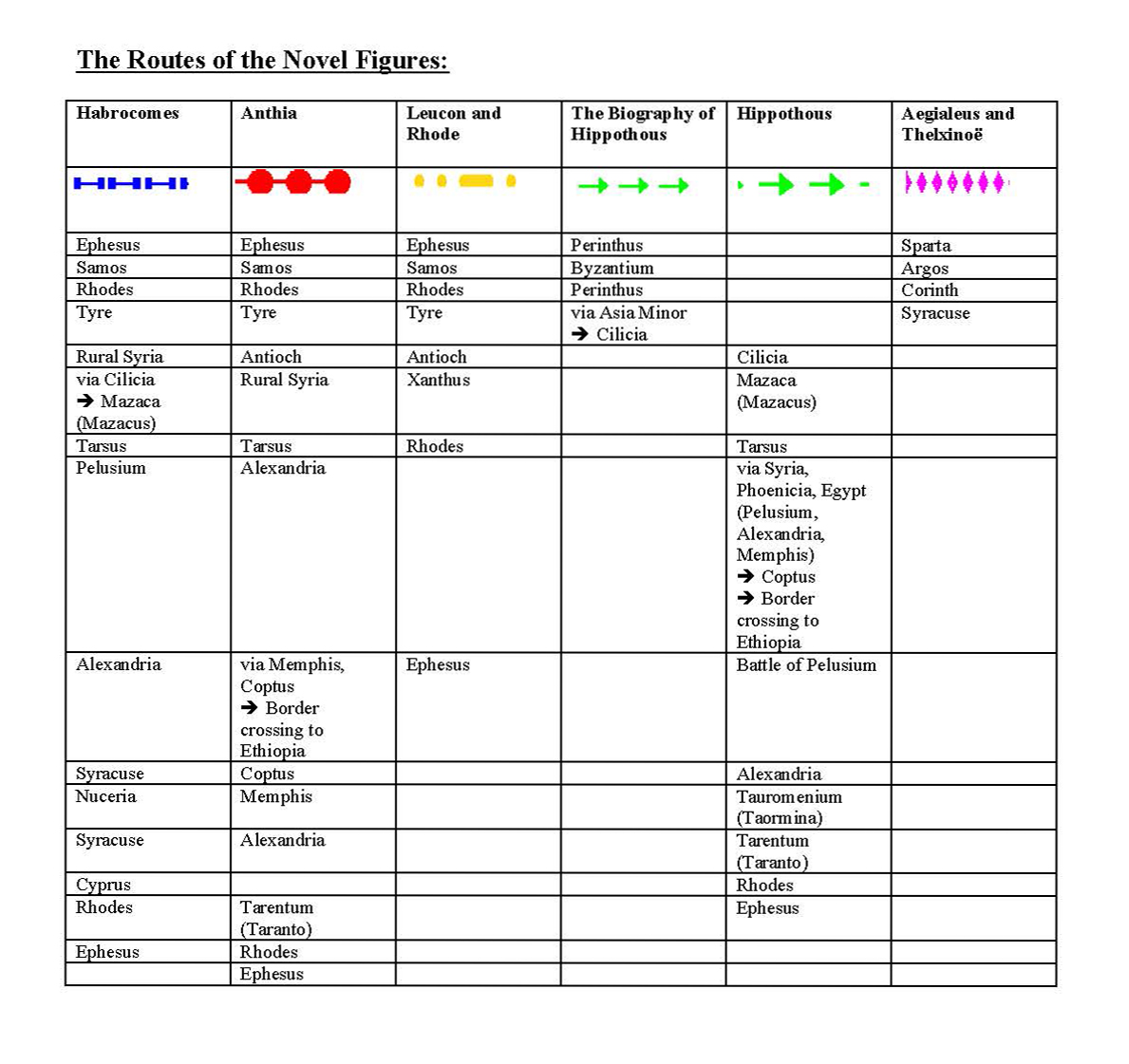 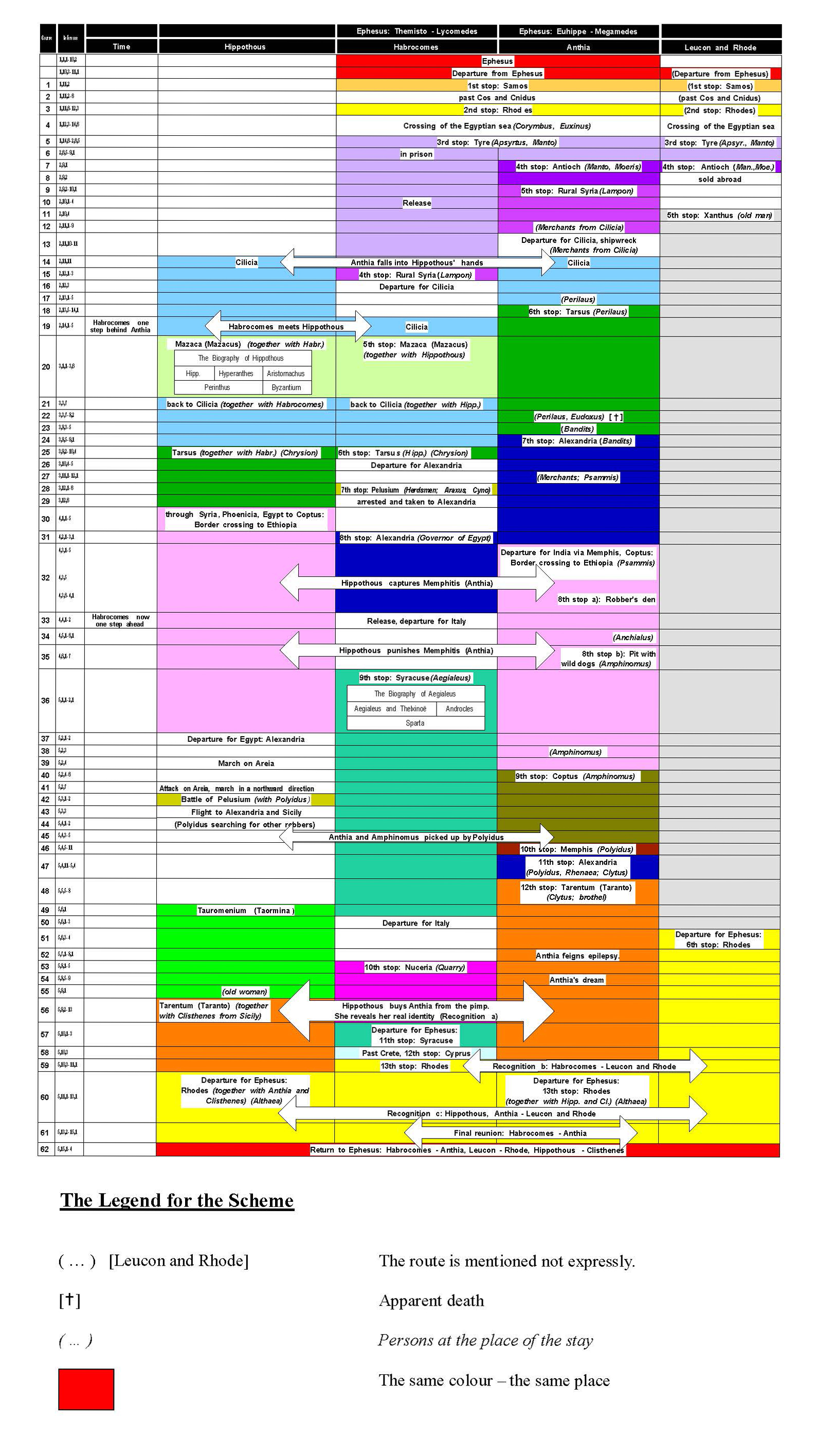 On Tuesday, February 7 at 11:00am EDT, three fellows from the Center for Hellenic Studies in Greece will be visiting…